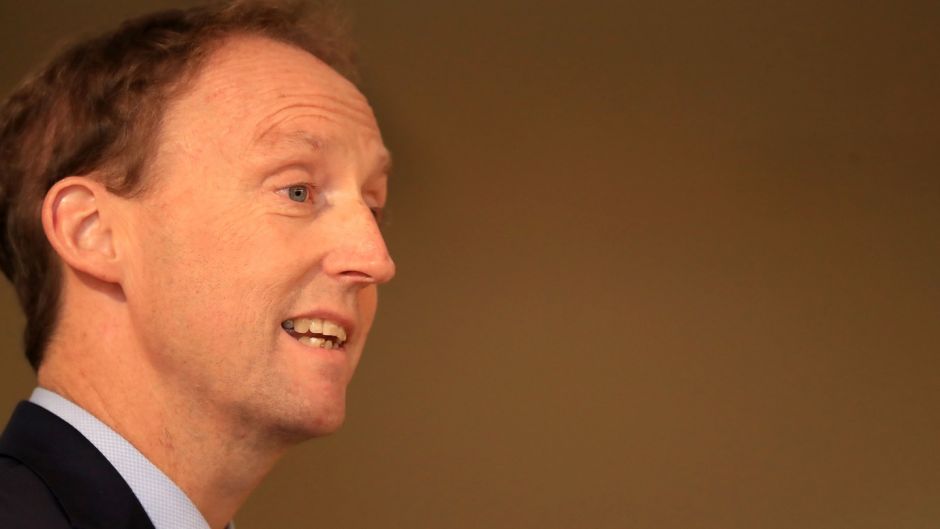 Fianna Fáil’s Barry Andrews has accused fellow MEPs Mick Wallace and Clare Daly of spreading a conspiracy idea, in a speech to the European Parliament on Tuesday.

Speaking in Irish, the MEP for Dublin expressed “revulsion” at what he mentioned was a conspiracy idea unfold by the 2 a couple of chemical weapons assault in Syria and declared “not in my name”.

The intervention was made in a debate about international interference in democratic processes within the European Union, at a sitting of the European Parliament in Strasbourg.

Mr Andrews raised an incident at a parliament subcommittee listening to in April during which Mr Wallace and Ms Daly challenged a visitor speaker, the director basic of the Organisation for the Prohibition of Chemical Weapons (OPCW) Fernando Arias.

“During this committee meeting, I am ashamed to say that two Irish MEPs used their platform to progress their conspiracy theory that the White Helmets staged an attack on the civilian population of Douma, Syria,” Mr Andrews saitold the European Parliament.

“Irish MEPs typically work collectively on essential information however I wish to categorical my revulsion on the likes of this disinformation. “

“Until now, I have been quiet I stand against internal attacks on our democracy. I want to say, not in my name.”

The White Helmets are a Syrian humanitarian rescue group that collected proof of atrocities within the war-torn nation, and have been topic of smear campaigns backed by the regime of Bashar al-Assad and ally Russia.

Mr Wallace challenged the OPCW director on the April subcommittee assembly, accusing his organisation of wrongly blaming the Assad regime for the 2018 assault when actually the White Helmets had staged it.

He was challenged by committee chair, French MEP Nathalie Loiseau, who mentioned his phrases contradicted the phrases of victims and human rights teams in Syria, and accused him of “fake news”.

Ms Daly subsequently raised the problem once more, earlier than Ms Loiseau requested her to conclude, saying she was repeating the problem that Mr Wallace had raised.

In response, Mr Arias mentioned the investigation into the chemical assault by his organisation had not sought to attribute accountability to any facet, however as an alternative to ascertain the details of what had occurred.

“The report says that there is good reason to believe that use was made of a chemical weapon, chlorine, in this attack. The conclusions of the report have never been disputed by a state party, even the Russian delegation agrees with the conclusions,” Mr Arias mentioned.

“The fact finding mission report on Douma had nothing to do with attribution of responsibility, its aim was only to establish the facts, and the fact is that chlorine was used in an attack which led to fatalities.”

He then quoted from a separate United Nations report which discovered a chemical cylinder had been dropped from a helicopter onto a residential constructing in Douma, inflicting 49 deaths.

An extra UN has report discovered the Assad regime had carried out quite a few chemical assaults on Syrian civilians, he mentioned.

Mr Wallace and Ms Daly didn’t instantly reply to a request for remark.